Start a Wiki
Welcome to The Mighty B! Wiki

The Mighty B! Wiki is a collaborative website about the underrated Nickelodeon cartoon series "The Mighty B!". The wiki format allows anyone to create or edit any article, so we can all work together to create the site. Check out the FAQ to help you get started!

WE NEED YOUR HELP UPDATING THIS WIKI! WE HAVE MANY PAGES WITH NO TEXT! PLEASE HELP MAKE THIS WIKI A GREAT PLACE!

Productive ways you can help the wiki include: 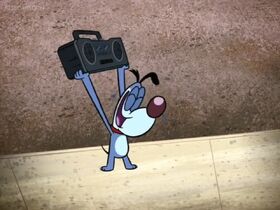 SONGS
The many short tunes throughout the show

LOCATIONS
Where to find San Fransico. 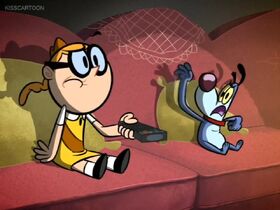 EPISODES
Pick 'em up, turn around, here comes the Mighty B! B! B! B! 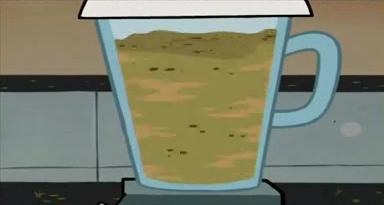 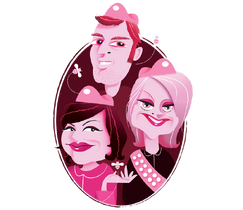 CAST and CREW
The bee behind these honey, in Nickelodeon Studios
Add a photo to this gallery
Featured Character: Bessie Higgenbottom

Elizabeth Kajolica "Bessie" Higgenbottom is the main protagonist of The Mighty B!. Her lifetime goal is to collect every Honeybee badge to become her alter-ego superhero known as The Mighty B! She has total devotion to the Honeybees. She currently is living in an apartment above her mom's cafe in San Francisco with her younger brother Ben and her dog and best friend Happy.

Featured Episode: So Happy Together

So Happy Together is the first segment of Season 1 as the 1st episode/pilot of the series overall. It was shown in the "SpongeBob's Atlantis SquarePantis DVD" on November 2007 as a sneak-peek on a DVD before it aired on Nickelodeon, with the other episode Sweet Sixteenth (1B) which also aired on April 26, 2008.

Go to these sites for info or for help with your own wiki!

About the Show!
The Mighty B! is an American animated television series co-created by Amy Poehler, Cynthia True, and Erik Wiese for that is rated TV-Y7. The series centers on Bessie Higgenbottom, an ambitious Honeybee girl scout who dreams that, by collecting every Honeybee badge in existence, she will become a superhero known as the "Mighty Bee". Bessie lives in San Francisco with her dog Happy, her 6 year old brother, Ben and her mom, Hilary.
News

CartoonEveryting has adopted the wiki and is making it really good.

Fanon
Retrieved from "https://themightyb.fandom.com/wiki/The_Mighty_B!_Wiki?oldid=12896"
Community content is available under CC-BY-SA unless otherwise noted.